Our Quotes About Hunger and Poverty is a rich collection of different sayings & proverbs from presidents, religious leaders, and other great sources.

The reason for providing this Hunger and Poverty quotes is to increase the awareness of poverty and hunger even in these perilous times (COVID 19 Era). The quotes are also provided to strengthen anyone going through hunger and poverty in this period, as well as encourage those in a better position not to hesitate in helping poor and needy ones around them.

Awareness and education are the tools that we can use to fight and win the war against poverty and hunger. Thus, it’s up to us to play our various parts in ending and banishing hunger and poverty from the earth.

Don’t forget to contribute in your own little way – not necessarily providing money or food. But by sharing these quotes on your social media platforms, you are creating awareness and may likely touch the heart of someone who can be in a better position to help the needy around them.

QUOTES ABOUT HUNGER AND POVERTY

Even the sheep just like humans are ungovernable when they are hungry.

Sometimes poverty is not about being naked, homeless and hungry. We also have the poverty of being unloved, unwanted and uncared for – They are the greatest form of poverty. We ought to start from our homes to abolish this kind of poverty.

Food is economy. Food is national security. It is energy, history, employment. Food is everything.

Except someone like you cares a lot, nothing is actually going to get better, absolutely nothing.

I believe there’s some good in this world, and I believe it’s worth fighting for.

Good people are like candles; they are willing to take the pains of burning themselves just to give other people light.

The reason the people are hungry is because those in higher authority are eating up too much in various forms including taxes.

What others are doing doesn’t really matter. What matters is what YOU are doing.

Tomorrow is determined by what we do today. #Save a hungry soul.

We are the chosen generation and I believe we can do something about the scourge of poverty and hunger. We have all it takes to do it. We can utterly banish hunger and poverty from the face of the earth.

Poverty is a punishment of a crime you didn’t commit.

Don’t just show people the problem, also show them the solution and they will be moved to act.

Anything that you have not given away, can never truly be yours.

No one has ever become poor by giving.

Revolution and crime are the children of poverty.

Poverty happens to be the worst form of violence.

Extreme poverty anywhere is a threat to human security everywhere.

Overcoming and abolishing poverty is not a task of charity but an act of justice.

Belief is hollow if it is not put into practice and lived out in our daily lives.

There will be no peace as long as poverty, gross inequality and injustice exist.

Poverty is not a natural disaster and just like apartheid and slavery; it’s man-made and can also be removed by the deliberate action of the human race.

The smallest form of kindness is worth more than the grandest intentions.

Being compassionate alone wouldn’t be enough. WE MUST ACT.

Sometimes you don’t need to see the whole staircase before you should make a move. Just take the first step…

When the whole earth is silent, even a single voice becomes very powerful.

Be the change you desire to see in the world.

Don’t forget to do your own little bit of good wherever you find yourself. It’s the combination of those little goods that ends up overwhelming the world.

Poverty and child labour are inevitably bound together and if we continue to use the labour of our children as the treatment for the social disease of poverty, then we will have both child labour and poverty till the end of time.

The fight against poverty is indeed mankind’s fight for liberation.

In a civilized society, poverty is not supposed to be found among the people except at the museum.

Poverty is a very complicated issue, but feeding a child isn’t.

Poverty of goods is easily cured; poverty of the mind is irreparable.

A hungry man does not see wrong or right. All he sees is food.

Don’t wait until you are sure. Make that move right now.

We all must throw kindness around just like confetti.

There’re hungry people in the world who will never see God except in the form of bread.

I’m enough of a realist to understand that I can’t possibly reach all the children, but I’m also more of an optimist to get up every morning and try.

Don’t ever think what you have in your hand is insignificant. There’s definitely someone out there who needs it.

Darkness can’t drive out darkness; only light can do that. Hunger can not drive out hunger; only food can.

If you are not going to make it any better, then don’t complain about it.

The world will be a better place if a greater number of mankind can cultivate kindness.

Don’t run your life on habit, live more out of intent.

All forms of humanity is dependent upon recognizing the humanity in other people.

Activism is the rent we all must pay for living on earth.

It always appears impossible until it is accomplished.

Lives will definitely change when compassion meets with action.

Today is a new day. Even if you were wrong yesterday, you can get it right today.

Even the smallest act of kindness and the simplest form of service is another way to honour those that we’ve lost, a way to reclaim that spirit of unity that followed 9/11.

If we were able to conquer space, then we can also conquer childhood hunger.

You may not know the results of your actions, but if you do nothing, then there will be no result.

If a free society can’t help the many poor masses, then they will not be able to save the few rich individuals. 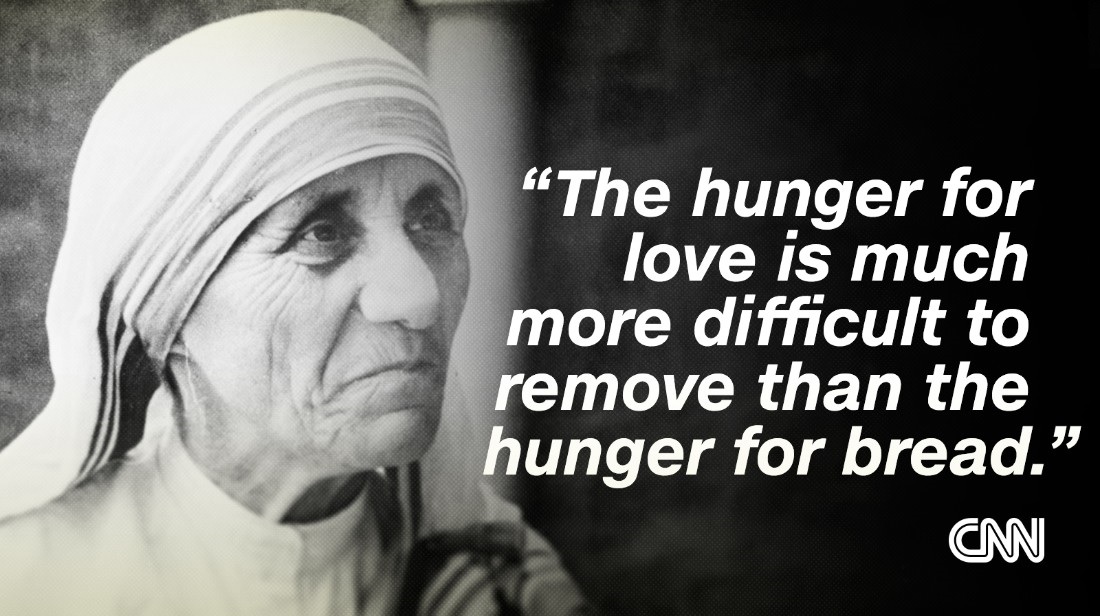 Give More and Take Less.

We simply rise by lifting others.

A lifetime of giving is a life worth living.

You may not be able to feed a hundred people, but you can feed at least one.

Do you know how prayer works? You pray for the hungry ones and then feed them.

Did you know that malnutrition is the single largest contributor to disease in the world?

According to statistics, more than 821 million people on earth don’t get the exact food they need to live a healthy life.

in 1990, the number of people in the world facing hunger has dropped from 24% to 10%. With your contribution and mine, we can further decrease this number to 0%.

Even kisses taste bitter when one is hungry.

Most people would rather prefer eating dessert to the main course. I think they’ve never been really hungry.

If you feel like eating even when you are not hungry, then you are hungry for something else.

History is written by the rich, and so the poor get blamed for everything.

A hungry stomach finds it difficult to listen.

Hungry man, reach for the book: it is a weapon.

Hungry men don’t have respect for the authorities, law or human life.

A hungry man is an angry man.

It’s impossible for a hungry person to be good at learning or producing anything, except perhaps violence.

When hope is hungry, then everything feeds it.

Even the rich are sometimes hungry for love, for being wanted, for being cared for, and for having someone they can call their own.

Everything is usually sweet to a hungry person, even bitter food.

If you are hungry enough even poison tastes good.

SUMMARY ON QUOTES ABOUT HUNGER AND POVERTY

There’s a place in your heart and I know that it is love. In your own gentle way, you can shake the world… As we all look forward to a day when our grandchildren will have to visit a museum to see what poverty looked like. I can’t do it on my own but together we can all make it work.